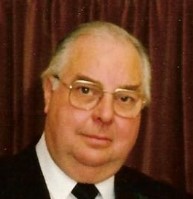 A regional newspaper editor who went on to become a tourism boss has died aged 92.

Wellington James Thompson, known as Ken, edited the Coalville Times and the Falmouth Packet over the course of his career.

Ken, pictured, later went on to found Cornwall’s only international press agency with his journalist wife Enid before being invited to become Cornwall’s tourist officer in 1974.

According to an obituary in the Packet, he presided over the Cornwall Tourist Board “at a difficult stage in its development during a period of fast growth for the holiday industry”.

Ken began his career as a copy boy in 1944 on his hometown daily the Nottingham Evening Post, but he was soon promoted to trainee journalist.

He later moved to the Post’s Loughborough and Mansfield district offices and completed his training in 1948, when he joined the Evening Mail’s news team at Leicester.

The following year he become the Mail’s chief reporter, a post he held for eight years until the paper merged with the rival Leicester Mercury.

At this point he moved to edit the Coalville Times and Ashby Times, in North-West Leicestershire.

Ken, Enid and their son Tim later made the move to Cornwall after an approach from the Packet’s owners, Mr and Mrs Leslie Dean, who both came from areas served by Coalville and Ashby newspapers.

He worked at the Packet until 1969, with Enid serving as chief reporter.

Ken lived in the Falmouth area until 2018, when he moved to a residential care home in Kent to be close to his family.

Cremation will take place in Maidstone followed at a later date by interment of his ashes at Falmouth Cemetery.