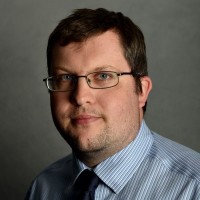 A weekly newspaper editor is leaving his role after 15 years with an independent publisher after opting to take voluntary redundancy.

Peter Kitchen, who edits the Mid Wales Journal and South Shropshire Journal, has announced his departure from the Midland News Association.

Peter, pictured, has worked for the MNA since 2005, and is a former chief reporter, news editor and night news editor of daily title the Shropshire Star.

He moved to become editor of the Market Drayton Advertiser and Newport Advertiser in March 2017, switching to his current role in May of the following year.

Posting on Twitter, Peter wrote: “A bit of news to announce… after 15 years I’m leaving MNA on 31 July, and therefore standing down as editor of the Mid Wales Journal and South Shropshire Journal.

“I’ve taken voluntary redundancy – I haven’t got another job lined up but I’ve got lots of exciting ideas to explore.

“It has been a great two-and-a-half years on the Mid Wales and south Shropshire patches – and just over a year covering Market Drayton and Newport before that – and I’m so grateful for the support of our readers, contributors and contacts, plus reporters and my fab colleagues at HQ.

“I’ve had some wonderful times with some wonderful people at MNA and set up a life in Shropshire thanks to the company. Really looking forward to the next challenge – watch this space.”

In May the MNA announced plans to make dozens of staff redundant due to the coronavirus crisis.

It is understood 14 editorial roles were among those put at risk but it is unclear if Peter’s was one of them. The MNA has declined to comment on Peter’s departure.