Spammer announces editor has ‘quit’ after stealing her identity 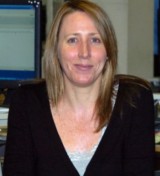 An editor has been targeted by an identity thief who impersonated her with a fake online profile and falsely claimed she had quit her job.

Nicola Adam has had to clarify she remains in post as group editor of several JPIMedia weeklies in Lancashire after a Facebook account purporting to be her posted a statement claiming she had left the company.

Nicola, who also serves as the Lancashire Post’s deputy editor, has been targeted by a “spammer” over recent months on various Facebook groups for which she serves as administrator.

Last week the spammer created a fake profile using her name and photograph to post a number of statements, including a claim she had resigned from various professional roles along with negative comments about JPIMedia.

After Nicola, pictured, reported the fake profile being used to impersonate her, Facebook investigators identified and disabled it.

She told HTFP on Friday: “In the past few months a spammer situation on various Facebook groups I administrate has been a problem and we were forced to take action in upping security and greater scrutiny on posts.

“As soon as I took this action the spammer began targeting me personally via my Facebook profiles and pages, which I quickly took action on to ensure it cannot happen again.

“This week the spammer created a fake profile using my name and using my picture and began making statements via the groups, including my resignation from my various professional roles and negative statements about JPIMedia.

“This sort of identity theft will not tolerated by myself or JPIMedia and it has been reported to Facebook, who we work with in partnership and they have escalated it to a specialist support team. To confirm. I have not resigned my role.”

HTFP reported in 2017 how Sheffield daily The Star was targeted by a similar impersonation scam when a fake Twitter profile, purporting to be that of a sports reporter for the newspaper, was set up.

The account, run under the name ‘Greg Bryan’ and used a photo stolen from Finnish journalist Jussi Eronen, was shut down after The Star threatened to take action.

After HTFP contacted Jussi, he thanked The Star for exposing the account.