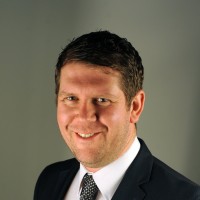 A regional daily’s editor has revealed his “dream” to turn the newspaper into a “fully-fledged” national title on sale across the UK.

James Mitchinson, pictured, says he would like to see the Yorkshire Post become available in “every newsagent in the country”.

He floated the idea while appearing on BBC Radio 4’s The Media Show with Amol Rajan, and says he has since received requests for the Leeds-based Post to be stocked away from Yorkshire.

During his interview, James was also asked by Amol whether he would bring his family to London if he was offered the editorship of “the Fleet Street title of your dreams”.

In response, James said: “My heart isn’t in national journalism, my heart is in local journalism. There isn’t a better local newspaper than the Yorkshire Post, so the temptation to leave isn’t a strong one I have to say.

“What I think I’d like to see is the Yorkshire Post become a fully-fledged national available in every newsagent in the country.

Amol responded that such an expansion in print would “realistically” prove to be “tricky”, and quizzed James on his plan for the paper in the next three years.

Posting on Twitter, James has since revealed he has received requests for the Post to be put on sale further afield.

He wrote on Friday: “This morning I’ve opened letters asking for the Yorkshire Post to be put on sale in Wiltshire and Glasgow. Maybe my daft notion of being a fully-fledged national isn’t so daft after all.”

Speaking to HTFP, James said: “I’ve been genuinely overwhelmed with the positivity of the responses. We get so used to dealing with hostility that I have found the flurry of encouraging words genuinely uplifting.”

During the show, James also discussed the concept of the regional press receiving direct grants from the government and said it made him feel “uneasy”.

However, he praised Facebook’s investment in the industry via the community reporting scheme, which has employed 80 journalists in newsrooms around the country.

He added: “[Facebook] don’t interfere. They don’t dictate what journalism can be undertaken.”