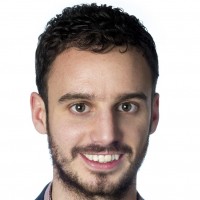 A weekly editor whose four titles include his hometown newspaper is leaving his role to take up a new career in public relations.

Nick Gill will leave Archant, where he serves as editor of the company’s Hertfordshire titles, tomorrow to become the communications, engagement and media manager at the East and North Hertfordshire NHS Trust.

Nick, pictured, has worked for Archant for 10 years, having joined as a trainee reporter on Stevenage-based weekly The Comet, which was his local paper growing up.

He had edited The Comet and the Royston Crow since January 2017 and also took on the Herts Advertiser and Welwyn Hatfield Times following an April 2019 restructure.

The 31-year-old is being replaced by Anne Suslak, currently chief reporter for the Advertiser and the Times.

Said Nick: “Having started with a Friday placement at the WHT in 2009 while I was still studying for my journalism qualifications, I owe a lot to Archant for the career that I have had.

“I still fondly remember my first front page for the Potters Bar edition and the ones that followed when I joined my hometown paper the Comet were extra special.

“Back then becoming an editor for these prestigious titles had never entered my mind, so it has been a real privilege to lead a team of dedicated reporters and serve my local community.

“There have been so many people who have helped me progress from a trainee to an editor who I wish to thank, and it has been a pleasure to work with lots of brilliant colleagues along the way.

“The decision to leave was a difficult one but, after a decade in journalism, I felt the time was right for a new challenge. I wish my successor Anne and her team all the best, and look forward to continuing a relationship with Archant titles in my new role.”

He was promoted to Comet and Royston Crow news editor in October 2013 after completing senior qualifications, remaining in position until becoming editor of both four years later.