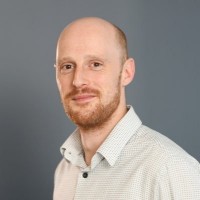 An editor has hit back after his journalists were called a “bunch of sl*ts” for declining to run a story about on-duty police officers not following social distancing guidelines.

Edd’s criticism comes following a tip from a reader, who demanded the website run a story about emergency workers not adhering to the government guidelines while attending a domestic incident near their home.

Plymouth Live has since published a piece explaining why emergency workers cannot socially distance while on duty, with Edd describing it as “sad and frankly baffling that the police have to even say this – and that we have to report it” on Twitter.

He also posted screenshots of an exchange of online messages between Plymouth Live and the anonymous reader, who threatened to take the story to “bigger papers” or Sky News if Plymouth Live would not publish it.

The reader said the site’s refusal to run the story was a “f*cking liberty” and added: “You at Plymouth Live are a bunch of sl*ts.”

Edd, pictured, told HTFP yesterday: “There’s understandably a heightened sense of anxiety among the public and a lack of understanding – whether wilful or not – from some over social distancing guidelines and why they are in place.

“We get dozens of messages and photographs every day from Plymouth Live, Devon Live and Cornwall Live readers asking us to shame people who they perceive to be ignoring the rules and putting themselves and others in danger.

“There are of course some genuine cases that deserve publicly shaming. Yesterday Plymouth Live reported on a couple photographed appearing to engage in a rather inappropriate act in a children’s play park, for example, and we’ve run a hugely successful campaign in the region urging tourists and visitors to avoid the South-West for now and #comebacklater which has included telling the stories of those caught ignoring that advice and attempting to spent their Easter holidays in the South West.

“But the appetite for ‘social shaming’ is rather concerning and when this spills over into unfair criticism of our emergency services or NHS staff – the very people on the frontline putting themselves as risk to protect our lives – it’s frankly distasteful.

“Clearly they need our support at this time, not unjust criticism. As for abuse faced by our journalists, our crime reporter was targeted by trolls for joining frontline lockdown police for a shift as part of a vital public information feature and our reporters are abused daily on social media for reporting the official daily coronavirus figures when this are of course the only accurate data available.”

Editors including John Wilson, of the Hereford Times, and Laura Collins, of the Yorkshire Evening Post, have also hit back recently at reader critcism of their papers’ coverage of COVID-19.

Edd added: “Having said that there has been a marked improvement in the reaction to our journalism over recent months, driven by the fact more people than ever are turning to us for reliable and trusted local news during this crisis.

“Our determination to cover as many positive stories as possible as part of our Devon and Cornwall Together campaign has helped banish the misconception that ‘it’s all doom and gloom’ in the local press. So there is lots to be positive about.”