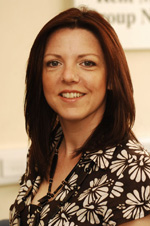 A regional press editor has demanded more support from national counterparts after a story first covered by her newspaper was labelled an “exclusive” the following day.

Denise Eaton has branded Mail Online “shameless” after it ran the alleged scoop which was covered 24 hours earlier by the Kent Messenger and Kent Online.

Kent Online had revealed how the family of burglar Henry Vincent, who was stabbed to death with his own screwdriver following a botched break-in in 2018, had sold an estate in the village of Hollingbourne for £1.5m – two years after buying the property for £325,000.

The story was subsequently covered by Mail Online the following day, but was labelled as an “exclusive” by the national website.

She wrote: “The shameless use of the word ‘exclusive’ in some national titles is quite astonishing.

“No, this wasn’t a Mail Online exclusive – it was first published on Kent Online. How much would it dent your pride to acknowledge such fact?”

Denise has now urged the national journalists to offer more “tangible demonstrations of support” for their local and regional counterparts.

Speaking to HTFP, she said: “It’s one thing to follow up someone else’s work, but it’s another to claim it as your own and slap an exclusive on it.

“Would it really impact on the credibility of Mail Online to acknowledge a story’s source?

“Regional journalists work hard with a fraction of the resources the nationals have at their disposal and deserve credit for their work.

“In using our stories, the nationals clearly recognise our value. So it’s a shame that doesn’t extend to a tangible demonstration of support when the opportunity arises.”

HTFP has approached Mail Online for a response to Denise’s comments.