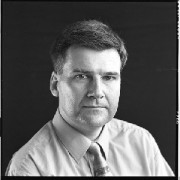 An editor has accused social media companies of not taking a “serious interest” in threats against his journalists.

Noel Doran, who edits Belfast daily the Irish News, has hit out at what he termed the “jungle” of social media and called for further action to be taken by the sector in dealing with the issue.

Noel, pictured, was speaking in a debate on the media in Northern Ireland as part of this year’s Society of Editors Virtual Conference.

He had been asked by Sunday Life editor Martin Breen, who chaired the debate, whether social media firms were doing enough to tackle serious threats against journalists.

In response, Noel said: “Clearly not. Social media is a jungle.

“It’s clear that some further system needs to be considered, maybe some form of registration or some form of accountability can be introduced.

“It’s appalling that people who speak out have to put up with not just abuse, but threats along the way.”

Noel went on to note the News had made representations to the social media companies about the issue, but added: “It’s very difficult to get them to take a serious interest in our position.”

Noel’s comments come after a spike in threats against journalists working in Northern Ireland, the most recent of which was revealed last week.

Earlier in the debate, Allison Morris, security correspondent at the News, discussed the threats she had personally faced.

She gave one example of a man threatening to slit her throat while she was stood two feet away from a police officer, but said the officer had advised her to leave the area rather than arrest the suspect.

Allison told the debate: “Those threats are not unusual and they should be.

“It becomes so much part of your work that you probably become desensitised to them, and we should realise that this isn’t normally how journalists work.”

He said: “There is a line here between protecting free speech, in terms of people who are saying crude things online about us – particularly on social media, people who are maybe even defaming us, whatever it might be.

“I think as journalists our instinct has to be to always err on the side of protecting free speech.

“At points that will mean that things are very uncomfortable for us, but where it strays over into threats of violence, or anything of that nature, that’s clearly a criminal matter and it’s not something which in Northern Ireland can be taken lightly.”