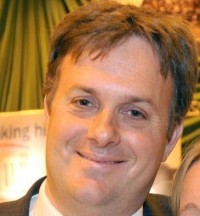 Editors and MPs have raised concerns about the impact the loss of public notices could have on the regional press.

The industry has warned the government after its Planning for the Future white paper, published last month, suggested scrapping the requirement for public notices to be published in local newspapers.

A coordinated campaign has seen a number of Newsquest and Archant titles publish the same editorial this week, urging readers to write to their MP about the matter.

The editorial warns such a move would mean “public access to important information would be severely impaired”.

It adds: “Instead of being published in trusted local newspapers and across their digital channels, planning notices would be cast into the void of misinformation and fake news that is social media.

“Or they would be placed in a little-visited part of a council website.

“And, what’s more, those of you who prefer to get your news through a printed newspaper would never see the notices at all.”

MPs have also tabled written parliamentary questions for Communities Secretary Robert Jenrick this week asking about the potential impact of removing the notices on local journalism.

Julian Sturdy, pictured, Conservative MP for York Outer, asked: “What assessment his Department has made of the potential effect of the removal of the statutory requirement to publicise planning applications in local newspapers on (a) transparency and (b) local accountability in the planning process?”

In another written question Sir Christopher Chope, Tory MP for Christchurch, added: “what regulatory impact assessment he has carried out on the proposal to remove statutory requirements for planning applications to be publicised in local newspapers; and if he will make a statement?”

The deadline for responses to the Planning for the Future consultation is 29 October.