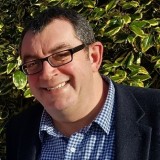 It catches your breath when you’re reminded that HoldtheFrontPage has been going for 20 years.

The pace of change that regional media’s very own digital pioneer has witnessed over that span of two decades has been incredible.

Back in the year 2000, the likes of Manchester, Liverpool, Birmingham, Wolverhampton and several other cities all had daily newspapers that sold over 100,000 copies every day, six days a week, with another 30 cities and towns selling well over 50,000.

The majority of those daily newspapers were termed ‘evenings’, which meant they were completed on the morning and afternoons of the very day they were published.

They also had multiple editions changing pages for specific districts and for the latest news at set times throughout each day.

I can only give you the detailed edition names and times from my own experience on the then Evening Mail in Birmingham, but I can remember them faster than I can type.

And on the Mail, all those editions had north, south, east and west ‘zone’ overnight pages reflecting the areas of Birmingham most pertinent to the readers buying it, or district pages for the edition areas.

They were served by physical offices in those districts – Bromsgrove, Dudley, Redditch, Solihull, Sutton Coldfield, Tamworth, West Bromwich – and on-patch reporters in Birmingham’s own suburbs who rarely entered any office.

And the above complex structures were replicated idiosyncratically in the other big cities, all newspapers striving to serve the widest communities in the deepest ways that printing presses would allow.

Why am I wittering on? Because all the above have either gone or dramatically changed in just 20 years: some evenings have disappeared completely (like Oldham), or gone weekly (like Exeter, Gloucester and Cheltenham), and all have gone overnight.

How about the stalwart mornings? Some still exist, albeit selling in tiny numbers, but others like the Liverpool Post have since closed, or have become weekly shadows of their daily past, like the Birmingham Post.

How about the myriad of pink (some green) editions on Saturdays – like the Sports Argus in Birmingham – with copy deadlines minutes after the final whistle, printed and selling on the streets by 5.30pm? All gone.

And how about those cat-killing weeklies? Many are now hardly sturdy enough to push through the door, and are often served by offices based outside the towns they serve.

What was a mammoth regional print operation across the UK has been transformed into just as complex a series of online editions, pages, social media channels, live blogs and podcasts.

This has seen 100,000-plus daily buying readers for some titles multiply into several hundred thousand unique (but free) users, with multiple million hits and (hopefully) increasing ‘dwell’ time, all focused (like print before) at persuading advertisers that captive audiences are there.

The reason for recalling the above hit parade is because every spit and cough of evolution and revolution has been witnessed by HoldtheFrontPage, launched with amazing foresight by the regional groups of the time.

Yes, ‘amazing foresight’ because of how it was launched as a daily website covering regional media news, has been relaunched, improved and modernised since the year 2000, but is still the same title and largely the same product.

HoldtheFrontPage, for goodness sake, was born before LinkedIn (2002), Facebook (2004) and Twitter (2006), has reported on how those and other online channels have impacted the industry, and continues to chronicle the way things are changing.

What a tenure, what an accomplishment and – here comes the bite – what a challenge for the regional media.

Because as well as championing, informing and educating, HoldtheFrontPage has also shone a light on the thousands of jobs the sector has shed, regularly challenging and occasionally criticising the bosses making those cuts.

This bold stance was difficult enough when the sector owned it, and since becoming an independent title in 2017 it’s become even more difficult to sometimes bite the hand that feeds it.

But bite it must sometimes do, as its audience demands the same analysis, vigilance and editorial judgement of any media title, and as long as this is done in a balanced, right-of-reply fashion it must be maintained.

Why? Because if the last 20 years is anything to go by, the next 20 years will be just as transformative.

Already the state is funding the industry (the BBC’s local democracy reporters), as are Facebook (community reporters) and Google (via its News Initiatives), and while such investments are welcome they need to be watched closely to ensure fairness.

Meanwhile, what’s already a regional media sector dominated by giants could soon largely become a duopoly of just Reach and Newsquest – or perhaps a more sinister ownership structure involving  Facebook and Google (why else would they be investing?)

Whatever the changes, and there will be many more that we can’t yet imagine, HoldtheFrontPage needs to be there to report on the best and worst without fear or favour, and the regional media sector needs to continue to respect such independent coverage.

If you think the last 20 years has been interesting, let’s just wait to see what happens by 2040 – and let’s hope that HoldtheFrontPage is there to cover it.