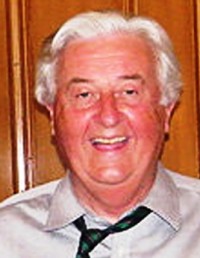 A sports journalist who worked for regional and national titles has died aged 75 after a long battle with prostate cancer.

Tributes have been paid to Bryan Cooney, who worked for Glasgow’s Sunday Herald between 2001 and 2012 and also worked as the Daily Mail’s head of sport.

He started as a racing sub on Aberdeen daily the Press and Journal and spent a decade as chief sports writer for the Daily Star.

Bryan was recruited by Paul Dacre in 1997 from the Scottish Daily Mail and left in 2000 because of ill-health and after a shake-up in the sports department.

He had been battling cancer since 2008 and was given a terminal diagnosis two years ago.

Bryan described his experience of living with prostate cancer since being given the terminal diagnosis in a blog post earlier this year, he described being told of the diagnosis by his oncologist.

He wrote: “Death, inexplicably, had not laid siege to my mind up until then, but here it was crashing through my front door without waiting to knock. But, hey, it’s scarcely permissible for old boys to cry in public, so why should a 75-year-old be granted any special privileges?

“I have generally had a fabulous and privileged existence in rising from a young (clueless) sports journalist from Aberdeen to the rank of head of sport of the Daily Mail national newspaper in London.”

Bryan and wife Margaret rejected a blood transfusion in May because of the threat of coronavirus and Bryan passed away in a Glasgow hospice last month, according to the Sports Journalists’ Association.

In recent years, he had run a sports website in conjunction with former Scottish Sun chief sports writer Jim Black after quitting the Sunday Herald.

Breaking the news of Bryan’s death, Jim posted on Twitter: He put up one hell of a fight and displayed remarkable courage.

“Bryan was a distinguised journalist and a real pal I’ll miss greatly in many ways.”