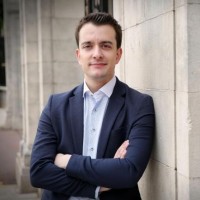 A deputy editor who was named Weekly Newspaper Reporter of the Year last month is leaving his role to join a national newspaper.

Rodney Edwards has announced his departure from the Impartial Reporter to take up a new position with Ireland’s Sunday Independent.

He leaves for the Independent after more than a decade with his current title.

Rodney, pictured, posted on Twitter: “After 11 years at the Impartial Reporter, I have decided to leave this great newspaper to pursue a new career opportunity.

“I have loved every moment and will miss it, my colleagues and readers very much.”

He added: “Excited to be joining The Sunday Independent.  To work at the same paper once graced by reporters like fearless Veronica Guerin will be a privilege.

“Look forward to highlighting social injustices, shining a light on darkness and giving people of all backgrounds a voice.”

Toby Granville, editorial director at Reporter owner Newsquest, has been among those to wish Rodney well.

Alan English, editor of the Dublin-based Independent, added: “Rodney has done a lot of outstanding and important work for the Impartial Reporter, which is one of the best local newspapers on the island.

“He’s joining the Sunday Independent in early September and we’re looking forward to him being part of our team.”