A majority of Bristol Post readers have backed the toppling of slaver Edward Colston’s statue after being surveyed by the newspaper.

A total of 10,252 gave their views on the monument being dumped in a harbour, with 61pc backing the Black Lives Matters protesters who pulled the statue down last Sunday.

One in five respondents took the opposing view, saying it should have remained in place.

The Post splashed on the results on Monday, having launched the survey on its front page last Wednesday. 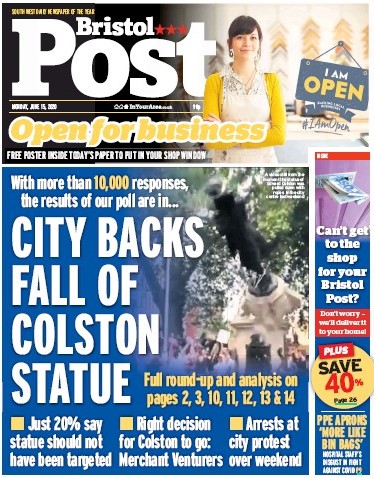 In an editorial published after the action took place, Post editor Mike Norton described the statue’s toppling as something his patch “has brought upon itself”.

Mike said Bristol had “been in denial for decades” about the roles of both Colston and the city itself in the Transatlantic slave trade.

Three-quarters of people who responded to the survey said they felt “ashamed” of Colston’s links to the slave trade, while 9pc told the Post they were not ashamed and that he deserved a statue.

One in 10 of those polled said they had not heard of Edward Colston before the events of last weekend. 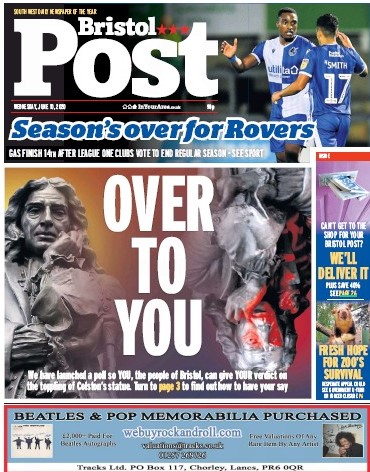 The poll was launched on Wednesday’s front page