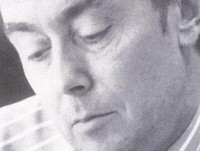 A former chief sub-editor at a regional daily described as having “immense talent” has died aged 86.

Tributes have been paid to Stuart Machin, who worked for both the Sheffield Telegraph and sister daily The Star during his career.

His time on the two titles was only briefly interrupted by a stint of national service with the RAF.

Stuart, pictured, continued working even in retirement and at the time of his death had been working on a feature for the magazine My Kind of Town recalling his early schooldays.

Peter Goodman, a former assistant editor of The Star, told the newspaper: “Stuart, a lovely man, had immense talent as a journalist.

“An accomplished writer, he was also highly skilled in the field of page design and lay-out, ensuring that every story he handled was presented on the page as attractively and as powerfully, as possible, always with a catchy, readable headline.”

Stuart helped to found what is dubbed ‘The Rutland Club’, comprised of retired Telegraph and Star colleagues, who meet monthly at The Rutland public house in Sheffield city centre.

In recent years he had suffered with crippling shingles and latterly neuralgia.

Former Star sports Editor Peter Markie said “Stuart handled his illness with great dignity and that summed him up best. He was dignity at large. A lovely man.”

He added: “He was always the most popular and he was such a quiet character in a workplace where most were known for being loud.”

He was taken by ambulance to the Northern General Hospital, in Sheffield, on Friday but never recovered.

He leaves a widow Lily, sons Ian and Andrew, grandchildren and a great-granddaughter.

No funeral details have been formally released at this time.