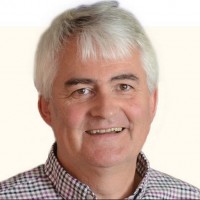 A regional daily has unveiled its new editor after the current holder of the post was promoted to a new role.

The Western Morning News has announced the appointment of Philip Bowern to the position after incumbent Bill Martin was appointed marketplace publisher for Reach plc across the South of England.

Philip, pictured, joined the Plymouth-based WMN as its chief reporter more than 30 years ago and has most recently served as print editor of the title.

Bill has been promoted amid a major shake-up of Reach’s senior management and editorial structure across the UK, and he now oversees the production of 40 newspapers in a region that stretches from Penzance to Cambridge.

Philip, 60, said: “I am hugely pleased to be taking over as editor of the Western Morning News – there is no job in journalism that I would rather have.

“When I joined the newspaper more than 30 years ago as chief reporter in Plymouth, I imagined staying for a couple of years and then moving on.

“The appeal of life in the West Country combined with working on a paper that truly reflects the region it serves proved a great combination. It was impossible to escape.

“I have had a number of roles here over the years and seen huge changes in the regional press but the WMN, its loyal readership and the people I have worked with have been a source of pride and inspiration.

“The WMN brand still has huge relevance in the West Country and I look forward to taking it forward.”

Philip becomes just the 14th editor of the WMN  in its 160-year history.

Other changes in Reach’s senior editorial management team in the South-West of England have seen Jacqui Merrington appointed audience and content director.

She is now responsible for the company’s six Live websites in the region, as well as the running of all its newsrooms.

Bill said: “I have loved every second of my time at the helm of the Morning News.

“It’s such a wonderful paper, so deeply embedded in the West Country, reflecting the landscape, people and communities that make the region so special.

“Philip has been at the centre of everything we have done, and I can’t think of a better person to be handing over to.”