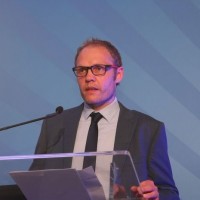 A regional daily has ended a five-month online paywall trial which it says has showed a “large number” of readers are happy to pay for news.

The Huddersfield Daily Examiner has brought to an end the pilot project, which saw its Examiner Live website charge 25p for access to some articles up to a maximum charge of £1 per week.

Breaking news and traffic and travel information remained free, as well as some court and crime stories.

Examiner editor Wayne Ankers, left, said the experiment had shown “a large number” of readers were happy to pay for online news, but he has not so far responded to a request from HTFP to provide the actual figures.

The Examiner said it had ended the trial ahead of a planned expansion by owner Reach plc into other areas of Yorkshire – where it is set to launch new sites under its ‘Live’ brand for Bradford, North Yorkshire and South Yorkshire.

The trial was run with digital payment service Axate, which enables news titles to implement paywalls without requiring website users to take out subscriptions.

Wayne said in an announcement to readers: “The pilot project has allowed Examiner Live to learn a lot about our audience and we now know more than ever about the types of online content you value the most.

“It has been a really interesting experiment and it showed to us that a large number of people living and working in Huddersfield and Kirklees are happy to pay for a news, entertainment and information service.

“Under the trial with Axate a lot of our content remained free, but it now means that all the content you love will return to being free of any charges from Monday 3 February.”