The press watchdog has rapped a regional daily after it reported an overheard conversation in court as fact in a story.

The Independent Press Standards Organisation has upheld a complaint against Newcastle daily The Chronicle after it reported on separate court cases involving father and son Kenneth and Craig Tweddle.

The Chronicle covered how they had been “called to court on the same day for separate drink drive offences”, with the story describing them as “estranged.”

But the Tweddles, pictured below, went to IPSO over the claim, insisting that they had a close relationship and that no comment had been made on their relationship during the course of their respective proceedings. 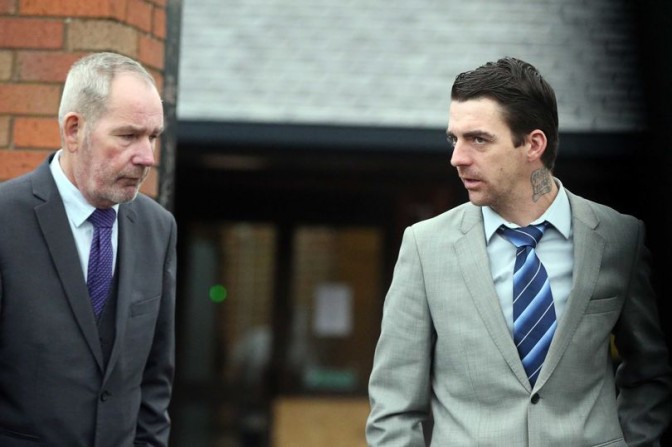 In response, The Chronicle said its journalist had heard the solicitor for both defendants saying that “they don’t speak much” in a conversation with the clerk, usher and prosecutor, which it said was sufficient to support its claim that they were estranged.

But IPSO disagreed, finding the newspaper had taken no further steps to verify the information and had not presented it as a claim within the article.

It upheld a complaint against the newspaper under Clause 1 (Accuracy) of the Editor’s Code while rejecting other complaints by the men under Clause 2 (Privacy), Clause 3 (Harassment) and Clause 9 (Reporting of crime).

The newspaper had already offered to publish a correction to the story making clear the two men are not estranged and in its ruling IPSO said this should now be published.

The Tweddles also claimed it was inaccurate to refer to Kenneth Tweddle as a “school caretaker” when he was a caretaker for the local authority and to state that he had consumed “excess alcohol” when his reading was just 43 microgrammes.

And Craig Tweddle further claimed that a male journalist, who he believed was working for The Chronicle, had attended his house and asked him questions regarding his relationship with his father, which he claimed amounted to harassment.

However the newspaper confirmed that no journalist acting on behalf of the publication made a direct approach to the Tweddles, and that its journalist who had reported on the matter was female in any case.

The Chronicle also stated that the court had heard that the husband was a “school caretaker” and provided the reporter’s contemporaneous shorthand notes to confirm this.

In its ruling, IPSO found the claim that the two men were “estranged” was significant as the nature of the relationship between the two men was central to the article, and therefore required a correction as offered by The Chronicle.

However, it did not find that there was any evidence to reasonably find that a journalist acting on behalf of this publication had made direct contact with the Tweddles.

IPSO further noted The Chronicle was entitled to rely on what was said in court, adding it was not inaccurate to refer to Kenneth Tweddle having driven “after consuming excess alcohol” in circumstances where he “pleaded guilty to one count of driving with excess alcohol”.

The accuracy complaint was upheld, and the full adjudication can be read here.