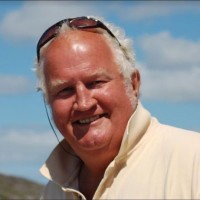 A regional daily journalist known for his “immaculate” copy has died aged 64.

Tributes have been paid to Patrick Mulchrone, who worked for the MEN for over a decade and later moved to the Daily Mirror.

Patrick, known as ‘Paddy’ to colleagues, had been living with liver cancer for more than a year.

He was the son of Fleet Street reporter Vincent Mulchrone, who worked for the Daily Mail for 30 years in Manchester and London.

Patrick’s brother-in-law Russell Jenkins, himself a former journalist with the MEN and The Times, said: “He came into the job and could have exploited his father’s name to get a top job in London, and fast-tracked his career.

“But he made a decision early on that he would never use his antecedence in that way. He did the hard work, with no short cuts.

“He left school and the advice his father gave him was ‘Go North young man’ and he did literally, and stayed there.”

Patrick’s first job in journalism was with the Burnley Express.

While working there as a young reporter he met his wife, Fiona, who worked in a local bank.

Russell said: “I joined the MEN after Patrick and he was already a big name there by then. On my first day he said ‘Listen, lad, we are going to take you to the pub’. He always called me lad, even though I was older than him.

“We went to the Coach and Horses – which stood where they built the court extension. I was so drunk when we came back I was incapable of working. But the news editor, Bill Dickson, understood – it was a rite of passage.

“Paddy was highly regarded, not only by his bosses but by his colleagues, all of whom, I had no doubt to a man, loved him.”

He added: “He was a fine journalist, always utterly professional. His copy was immaculate, so much so that fellow reporters would often consult him to check their notes. He was patient and kind to those blessed with fewer gifts.

“He was an old fashioned reporter in the best sense. He was happiest when telling human stories, putting people first.

“If you walked into a bar where Paddy was holding forth with a pint of Murphys in his hand you knew you were in for a great night of endless stories, 60s songs and laughs.

“Those who worked with him, fished with him, played rugby alongside him or drank with him will miss him.”

Patrick was a keen rugby union player for Wilmslow and his sons, Fergus and Charlie, both carved out professional careers in the sport – the former with London Irish and Sale and the latter with clubs including Worcester and Harlequins.

He is also survived by brothers Michael and Martin.

Former MEN colleague Jill Burdett said: “Paddy was always a huge presence both in the newsroom and out and someone you wanted to be around.

“He adored his family, his rugby and his job in that order and my heart goes out to Fiona and the boys.”

Current MEN crime reporter John Scheerhout added: “I spoke to him about a month ago when I knew he was ill. If he was upset he didn’t show it.

“He was not at all frightened of talking about it being terminal.

“Like most people I had a soft spot for him. He was a charming gregarious guy who was always willing to give a young reporter the time of day.

“He never gave it the ‘big un’ because he had joined the Mirror. He was very proud of his lads and rugby mad.”