A regional daily has failed in its bid to get bird poo removed from the head of Robert Burns – despite offering up one of its journalists to do the job.

The Dundee Evening Telegraph launched its ‘Clean Rabbie’s napper’ campaign after raising concerns about the state of a statue of the celebrated Scottish poet in the city.

Prior to Burns Night, the Evening Telegraph had reported that the monument had “fallen victim to attacks from above in recent years, with seagulls and pigeons leaving droppings on the poor bard’s head”.

The newspaper even offered to send a reporter to do the job on the statute’s ‘napper’ – a Scots word for ‘head’ – ahead of the 25 January celebration, but Dundee City Council rejected the idea. 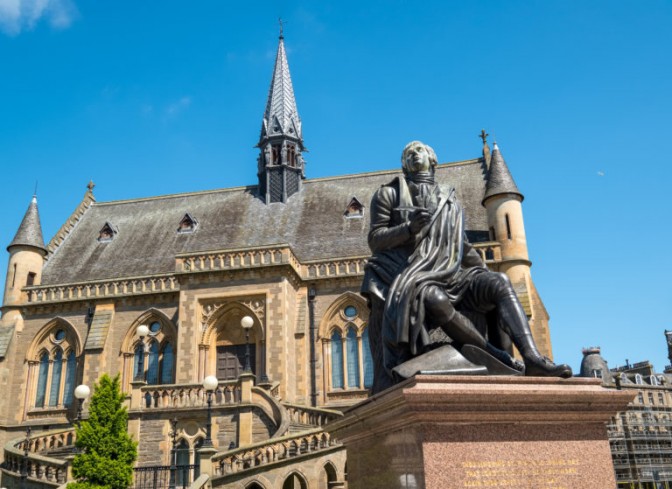 The statue of Rabbie Burns in Dundee’s Albert Square

Evening Telegraph editor Dave Lord told HTFP: “Despite our spirited call to arms, I’m sorry to report that the bard’s bonce has still not been buffed up.

“Being a community spirited bunch we did offer to clean it ourselves, but council officials ruled it out on health and safety grounds.

“It clearly isn’t just a case of getting a ladder and a bucket of warm soapy water but it can’t be beyond the wit of man to get something sorted.

“Unlike the poet’s beloved mouse, there is nothing wee or timorous about the seagulls that continually excrete on his cranium.

“We will be keeping a close eye on the situation and remain hopeful that Rabbie’s napper will eventually get the clean it so richly merits.”