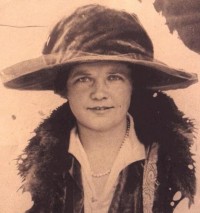 A regional daily is backing a £100,000 bid to build a statue of a former journalist and suffragette.

The South Wales Argus is supporting a campaign to raise the six-figure sum for a statue of Lady Rhondda in Newport.

The suffragette, whose real name was Margaret Mackworth, is known for attempting to blow up a post box in Risca Road, Newport, as part of the campaign to give women the right to vote in the early 20th century.

Today the site is marked with a blue plaque in memory of Lady Rhondda, who also created and edited a feminist weekly newspaper called Time and Tide.

Argus editor Gavin Thompson said: “It’s about time Newport had a statue to commemorate a woman.

“Lady Rhondda’s achievements were as remarkable as they were varied. She was brave and bold. One of the most successful businesspeople of her age, an activist for gender equality and a newspaper editor to boot.

“She’s a wonderful role model for girls and boys growing up in Newport as to how much you can achieve. It would be fitting to have a statue of such an inspiring woman in Newport and I’m pleased to put the weight of the Argus behind it.

“I hope our readers will support it too.”

Julie Nicholas, chairwoman of the Statue for Lady Rhondda campaign group, added: “This is a campaign for a prominent Woman of Gwent, so we are very pleased that the South Wales Argus is joining in,” she said.

“Journalism and editing were two of the many strings to Lady Rhondda’s bow; Lady Rhondda was only nine years old when the Argus began, so she would have grown up reading it.

“I am sure she’d be delighted that her local paper is still going strong and backing the Statue for Lady Rhondda campaign.”