Two regional dailies have dedicated their front pages to Jack Charlton after the footballer’s death aged 86.

Both Newcastle daily The Chronicle and the Yorkshire Evening Post splashed this morning on tributes to Mr Charlton, who won the World Cup as a player with England and was later known for the decade he spent as manager of the Republic of Ireland.

Born in Ashington, Northumberland, he also managed Newcastle United for a period.

The Chronicle’s front page this morning depicted Mr Charlton during several different stages of his career. 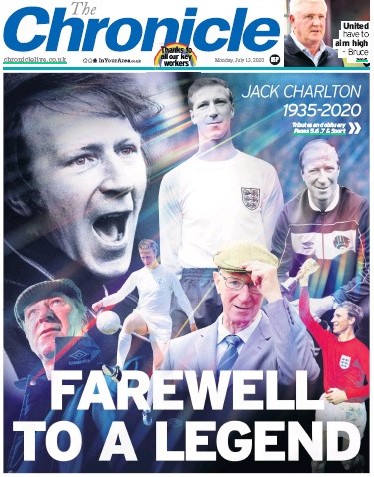 In a tribute piece, chief football writer Lee Ryder wrote: “One of the giants of the game has gone but he leaves a treasure trove of memories behind.

“His stories will be told by people who knew him a lot better than me but the occasions I did get to spend with Big Jack will live with me forever.

“For a start, interviews aren’t a given when it comes to journalists, especially those new to the scene.

“But the Ashington-born star was always prepared to give me a line or two and was ridiculously generous with his time.”

The Chronicle’s sister title the Sunday Sun had splashed on news of Mr Charlton’s death yesterday following his death on Saturday. 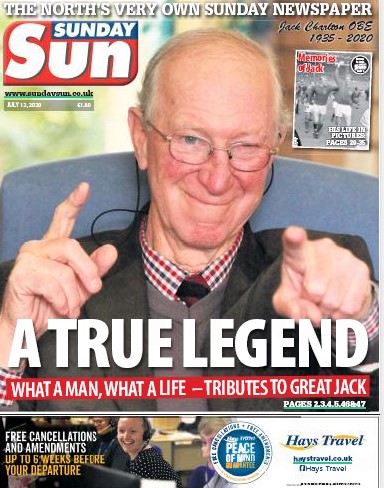 He spent his entire playing career with Leeds United, prompting the YEP to also publish a front page tribute this morning.

Editor Laura Collins has called for Mr Charlton and his to be honoured with a permanent memorial in the city. 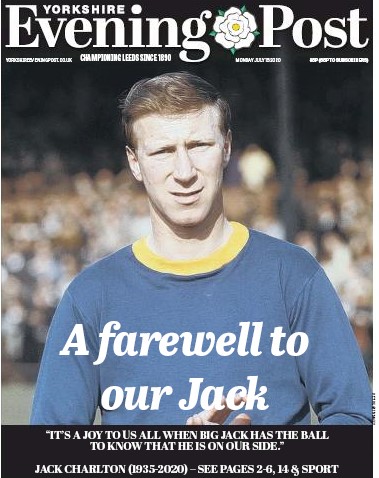 In an editorial, Laura wrote: “As a city we need to ensure that his legacy continues to live on as a fitting thank you to a footballing giant who dedicated his playing career to Leeds.

“His name will be forever immortalised in the pages of footballing history.

“And now is the chance for the city of Leeds to show its gratitude to someone who was quite simply a true hero and a real gentleman.”