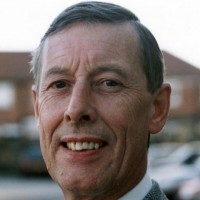 A regional daily crime reporter who was “held in the highest esteem” has died aged 82.

Tributes have been paid to John Mangnall, pictured, who had a 48-year career in journalism.

The majority of his career was spent in Blackpool and with daily title The Gazette, where he covered crime and thousands of hearings at the town’s magistrates’ court and Preston Crown Court.

He told The Gazette: “He was a proper journalist and a real gentleman as he knew how to treat people properly.

“A good writer and a good companion as well.

“He was always held in the highest esteem among the police, the legal fraternity and the officers of the courts and most of all his reporter colleagues.”

John also spent time as an entertainment reporter and freelanced for the national press.

After retiring in 2003 he later moved to Biddulph, in Staffordshire, around four years ago with his wife Barbara to be closer to family.

He is survived by Barbara, children David, Joanne and Jennifer and grandchildren Charlotte, Henry, Jake, Jessica and Ben.

Joanne told The Gazette: “He always used to tell us hilarious stories of when he was a reporter and the tabloids always used to get him to do bizarre things around Blackpool.

“He was once sent out to find the best chippy in the resort and he must have consumed his own body weight in fish and chips to get the answer.

“He also once had to do a review of one of the circus events on North Pier and rather than him going, he sent Jennifer and myself when I was 14 and she was 11.

“When we got back he asked us lots of questions and we ended up telling him what it was like and he wrote the review from that.

“I think the thing I will remember the most though is that the landline phone was his life and there was one in the house that none of us were allowed to answer or call from. It was solely for his reporter duties.”

John died on 16 September and a private funeral service will take place by invitation only.