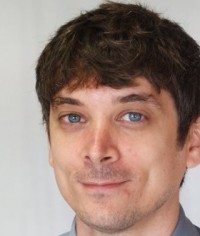 A regional daily has won the right to name a teenager who repeatedly stabbed his own father.

McNally, of Bicester, was jailed for four years at Oxford Crown Court after admitting one count of wounding with intent to cause grievous bodily harm.

William challenged the Section 45 reporting restriction at the sentencing hearing, arguing the public interest in naming McNally far outweighed the effectiveness of the anonymity order.

He told Judge Peter Ross there was a significant public interest in the case and noted the order would automatically lapse as McNally was soon due to turn 18.

William told HTFP: “It was an emotive case and it turned into quite a long, complex sentencing hearing, so I am grateful that the court afforded me the time to make the challenge.

“Having previously won challenges where 17-year-old defendants are nearing their 18th birthdays, and for serious offences, I thought I stood a good chance of overturning the ban, and thankfully the judge sided with me.

“It’s always important to challenge the courts in this way, particularly at a time where courts are having to adapt to new ways of working and are busier than ever.

“If we don’t challenge these orders it’s likely that nobody else will.”

The court heard McNally had been arguing his mother, whome he had previously threatened, which led to the police being called on 10 February.

McNally then repeatedly stabbed his father, who was pinned against the side of a bed, with a knife.

John Lamb, defending, said his client was a “young man who was very withdrawn and isolated”.

Passing sentence, Judge Peter Ross said McNally had “lost his temper” and that there had been “a degree of pre-meditation” with him arming himself with a knife.

McNally was jailed for four years and made subject to a restraining order against his victim indefinitely. He must also pay a statutory victim surcharge.