Plans to knock down a former newspaper building and replace it with offices and flats have been rejected by planning chiefs.

West Berkshire Council has voted against giving the green light plans for the old Newbury Weekly News site, at Faraday Road, which would have seen it transformed into flats and offices.

The plans had been submitted by Newspaper House Holdings Ltd, a company was formed by former NWN chairman Jeremy Willis after the 152-year-old paper was bought by a joint venture company Newbury News and Media Ltd last May.

The Reading Chronicle has reported the proposal was refused by councillors because of a technical policy about flooding – the ‘sequential test’ – which tries to steer new developments to places with low risk of flooding. 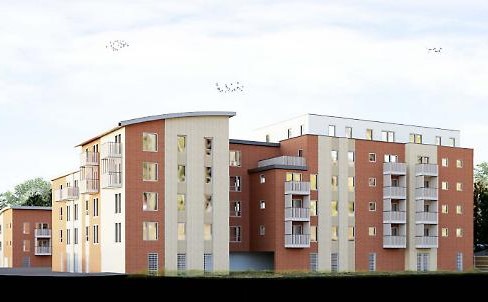 In a report to the council’s western area planning committee, planning officer Lydia Mather said the plans failed the sequential test because there are other available sites for the housing development in areas of lower flood risk.

Steven Smallman, from Pro Vision and representing the developers, had told the planning meeting: “The regeneration of the London Road industrial estate is a key strategic objective of West Berkshire Council. It has been a vision of the council for more than 10 years, but has been delayed by both changing market forces and legal proceedings.

“This is a proposal for a bold, mixed-use redevelopment scheme on a large and vacant brownfield site, in a highly sustainable location on the edge of Newbury town centre.

“It will provide new homes and office accommodation, and perhaps even more importantly, has the potential to kickstart the long overdue rejuvenation of the London Road industrial area.

“The Environment Agency are content that this would be a safe development. The accommodation will not be inundated, there are safe means to escape, and it won’t increase the risk of flooding elsewhere.

“Clearly the decision to reject this development of this site based on the sequential test would have serious implications for the redevelopment of the surrounding area.”

The committee voted five to two to refuse planning permission.

Liberal Democrat councillor Tony Vikers told the meeting: “It is a bit technical, for us lay committee members, this nerdy sequential test business. To me, this is an unnecessary delay and messing about.

“I just feel instinctively that this is a strange one to refuse, and would have enormous implications for the whole of Newbury.”

Green councillor Carolyne Culver said: “I’m a bit confused because I thought this site was going to be redeveloped in the long term anyway. So why are now concerned about flooding, why didn’t this issue arise before?

Prior to the hearing, when the plan was recommended for refusal, Mr Willis told the Weekly News: “This has cost us £130,000 more because we have been given conflicting information by the council all the way through. The first set of sequential testing was approved.

“I believe that the council have been obstructive and have delayed the potential build of this because they are waiting to see what happens with the rest of Faraday Road.”