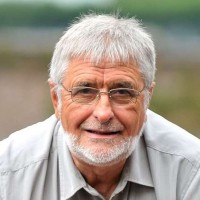 A columnist known for his “humanity and love of nature” has died of cancer aged 73 just a week after filing his last piece for a regional newspaper.

Tributes have been paid to Malcolm Cox, who wrote the monthly Nature Notes column for the Lynn News.

Malcolm, pictured, was also an “enthusiastic writer” to the letters pages of the King’s Lynn-bases paper.

He had announced in his August column that he was stricken with terminal cancer.

A week before his death on 11 September, he signed off by saying: “There is no avoiding the cancer which cut short my articles so thanks Lynn News for its help over the years and interest shown by readers.

Mark Leslie, editor of the News, said: “Malcolm will be very sadly missed. In his letters and column his humanity and love of nature always shone out.”

Malcolm is to have a private family funeral but donations to the Norfolk Hospice and Norfolk Ornithologists Association can be made through Thornallys Funeral Services in King’s Lynn.