A charity has launched a new campaign promoting journalism after supporting an “unprecedented” number of journalists financially during the coronavirus crisis.

The Journalists’ Charity has urged editors and publishers to feature its new ‘Support Journalism’ advertising campaign in their publications.

The campaign, which which will run in print, online, and on social media, has been launched as the charity helps a “huge” number of journalists affected by the pandemic.

The drive aims to “recognise and celebrate” the role of journalism after the charity revealed in June it had been “supporting an unprecedented number of individuals over the last few months” due to Covid-19. 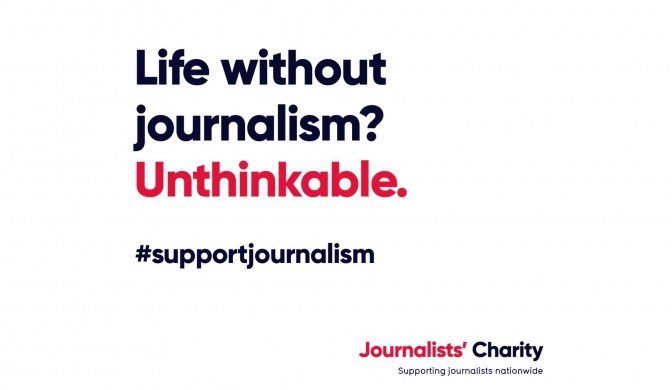 “Journalism is facing an enormous challenge at a time when it is arguably needed more than ever before.

“During lockdown, members of the public told us how much they valued the role played by journalists, and it’s encouraging to see that in some cases that sentiment is being translated into real support.

“But for the vast majority of publishers, the reality is incredibly tough, and hard decisions are being made that will affect the lives of journalists, as well as the overall journalistic landscape.

“The charity will do all it can to support journalists and journalism, and that includes offering help and support to individuals, as well as being a cheerleader for the vital role that journalists play, recognising the importance of the industry to our free and fair society.”