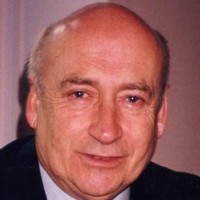 A regional daily business editor known for his “considerable skills” has died aged 81.

Tributes have been paid to Mike Ford, formerly of the Southern Daily Echo, who has been described as “one of the best informed commentators on the south’s economy” by the Southampton-based daily.

Mike, pictured, joined the Echo at its Basingstoke office and later moved to its head office, where he worked on the paper’s newsdesk.

He later specialised in news about industry and commerce and also became the Echo’s motoring correspondent before his retirement in 2004 after more than 40 years with the paper.

For 17 years he also edited a sailing magazine for the Royal Southampton Yacht Club and was also treasurer and webmaster at the Yachting Journalists’ Association.

In a statement, the yacht club said: “It is with great sadness that we have learned of the death of Mike Ford.

“For many years Mike lent his considerable skills to editing many of our various publications, not least The Yachter magazine.

“He would often be found photographing and documenting club events for publication.”