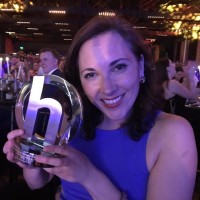 A business journalist is set to defend a national title for which three colleagues on another regional daily will also compete.

Bristol Post business editor Hannah Baker has been shortlisted at the 2020 Headlinemoney Awards for the Local/Regional Journalist of the Year prize, which she won last year.

The awards are described by organiser Healinemoney as “financial journalism’s equivalent of the “Oscars”.

More than 500 submissions were received across the various categories this year.

The winners will be announced in a ceremony at events venue The Brewery, in London, on 6 May 2020.