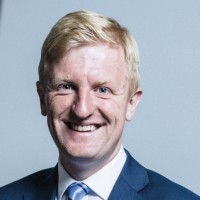 Mr Dowden, pictured, was announced as the new Secretary of State for Digital, Culture, Media and Sport this afternoon.

He succeeds Baroness Nicky Morgan, who has held the post since July 2019, and is the fifth Culture Secretary in the space of two years.

Mr Dowden was previously Parliamentary Secretary at the Cabinet Office from 9 January 2018 to 24 July 2019.

He later became Paymaster General and Minister for the Cabinet Office, a post he held from 24 July 2019 until today.

Mr Dowden was elected Conservative MP for Hertsmere in May 2015.

Prior to becoming an MP he worked in PR, and also served as David Cameron’s deputy chief of staff.

The House of Lords communications and digital committee has also announced it is launching an inquiry into the future of journalism.

Committee chair Lord Gilbert of Panteg said: “In our democracy journalism is at the core, but in recent years we have seen a shift from the traditional consumption of news and away from established business models.

“For the 70,000 people across the UK who are employed as journalists, the shift from traditional print media to digital has given rise to a need for more training and an increased range of skills.”