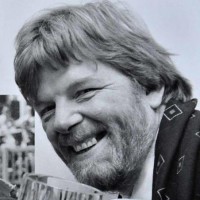 An award-winning photographer described as a “star turn” at a regional daily has died aged 72.

Tributes have been paid to Jeremy Pardoe, who worked for titles including the Worcester News and Birmingham Post during his career.

During his time with the News, Jeremy won Best Midlands News Picture of the Year with a 1985 photograph of a family at the funeral of two children who died in a house fire.

In 1990, he also picked up Midlands Sports Picture of the Year with a shot of England cricketer Ian Botham diving to take a catch for Worcestershire.

John Philpott, former News chief sub-editor and columnist, told his old newspaper: “Jeremy was the star turn when the Worcester Evening News had a photographic department, a true professional and also a man with a keen artistic, creative eye for what made a great photograph.

“I was the chief sub of the multi-edition paper for nearly nine years and always took great delight when Jeremy’s pictures ended up on my desk. He could make the most of any subject, no matter how mundane.”

Former Berrow’s Worcester Journal editor David Chapman said: “Jeremy Pardoe was a genuinely nice guy in a profession that is not necessarily known for it.

“He was also a brilliant photographer, who could always get the off-beat shot.”

He was also described as “a true gent and great photographer” by former News editor Mark Higgitt.

Jeremy began his career on his hometown paper the East Grinstead Courier as a trainee photographer, getting his first scoop in 1969 when a lorry crashed near his home and set a petrol station on fire.

He joined the staff of the Redditch Indicator in 1978 and then moved to the News.

In 1997 he was lucky to escape death when a 40ft steel girder crashed into his car after slipping from a crane he was driving past in Kidderminster.

Jeremy went freelance after the accident, and worked for the Birmingham Post from 2000 until retiring in 2010.

He died in Worcestershire Royal Hospital following a short illness and leaves wife Maureen and son James. His funeral will be at Stourport Crematorium at 1.30pm on Thursday 19 March.