Editor to step down from role at award-winning city daily 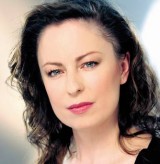 A regional daily editor whose newspaper was named the best in the UK last year is set to step down and move into a new writing role.

Belfast Telegraph publisher INM has announced editor-in-chief Gail Walker will be leaving her post to take up the position of editor-at-large in Northern Ireland.

Gail has edited the Bel Tel for five years, and last year led the paper to the UK Regional Newspaper of the Year crown at the Society of Editors’ Regional Press Awards.

In her new role, INM says Gail will continue to produce in-depth quality journalism and insight into a wide range of subjects relevant to life in a post-Brexit Northern Ireland.

The publisher, which was taken over by Belgian company Mediahuis last April, says a search for a new editor-in-chief will commence shortly “to take forward Gail’s legacy and drive forward the company’s new digital propositions and integrated newsroom”.

Gail, pictured, will continue in post as editor until the new appointment is made.

She said: “It has been a great privilege to have served as editor of the Belfast Telegraph and I have immensely enjoyed my time in the chair. I’ve been very fortunate to work with a great team of colleagues and friends who every day produce some of the finest journalism in Northern Ireland.

“Over the past five years we have broken many exclusives, kept people at the heart of every story and campaigned for the return of the Assembly.

“I’m very much looking forward to my new role as editor-at-large which offers a terrific opportunity to spend more time on the subjects that really matter in Northern Ireland.

“As the newspaper approaches its 150th birthday, this is a truly exciting time for our journalists working across all platforms and I look forward to playing a full role as we forge ahead.”

Publisher Peter Vandermeersch said: “I would like to thank and congratulate Gail for her five successful years leading the Belfast Telegraph.

“She and her team can be proud of the quality of the journalism which kept Northern Ireland informed and engaged during the turbulence of Brexit and the absence of the power-sharing government in Northern Ireland, this was rightly recognised in being awarded UK Regional Newspaper of the Year in 2019.

“I am delighted that Gail has agreed to take on the role of editor-at-large and will continue to write brilliant stories which will be the envy of our competitors and enjoyed by our customers.”