Weekly’s chief reporter to become its first ever female editor

A weekly newspaper has announced that its chief reporter is set to become the title’s first ever female editor.

The Isle of Wight County Press has confirmed the appointment of Emily Pearce to the role, in a move which will see incumbent Alan Marriott focusing solely on the commercial side of the business.

Emily, 35, was born and brought up on the island and first joined the County Press in 2007.

She will take up her new post at the beginning of next month. 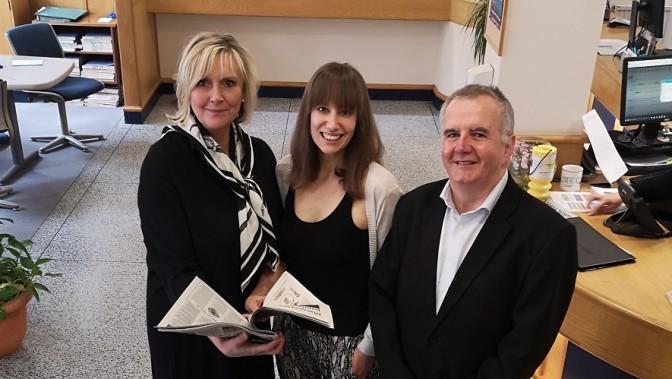 Emily, pictured, said: “As a born-and-bred Islander, I grew up with the County Press and care passionately about the Isle of Wight community.

“I’m incredibly proud to become the paper’s first female editor in its 135-year history, and I believe the County Press has a vital role to play in holding those in power to account.

“It’s an exciting time to be taking the reins. Not only is the County Press the country’s best-selling weekly local newspaper, our online readership is growing all the time.

“We have a great team here at our Newport office and I know I can count on their support as we look to the future.”

Alan said: “I am delighted to announce Emily as our new editor. I have seen her develop from a promising trainee to a dogged chief reporter who is never afraid to challenge those in authority.

“I am sure her digital and print journalism skills make her the ideal person to keep the County Press, the biggest selling weekly paper in the country, moving forward.”

The County Press has also revealed current deputy editor Rachael Rosewell is set to retire from the business in the near future.

Alan added: “Rachael has been a fantastic journalist at the County Press for nearly 30 years and her creative ability will be missed. She has been a tremendous deputy to me during my editorship and I wish her the very best in the future.”