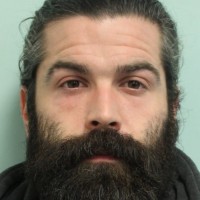 A weekly newspaper was entitled to rely on information provided by an inaccurate police statement, the press watchdog has ruled.

The Hackney Gazette has been vindicated by the Independent Press Standards Organisation after it published information provided in a police press release which later turned out to be incorrect.

The Gazette had reported on the case of Dean Purcell, pictured, who was jailed for 12 months after pleading guilty to ABH and two counts of assault by beating against his former girlfriend, including in the story some of the events which apparently led up to his conviction.

However the Metropolitan Police later confirmed that the press release on which thie was based “contained information that had been alleged by the victim, but was not accepted by the defendant as a basis for his plea of guilty.”

Purcell’s complaint over the press release’s content was upheld by the force, but IPSO concluded the Gazette had been entitled to rely on the accuracy of information from this official source when its story was published.

Purcell subsequently had a complaint to the Independent Complaints Reviewer about IPSO’s handling of his case rejected.

Complaining to IPSO under Clause 1 (Accuracy) of the Editors’ Code of Practice, Purcell claimed the Gazette had created an inaccurate and misleading impression of the conduct to which he had pleaded guilty.

He provided a copy of his Basis of Plea to IPSO, which recorded that he had pleaded guilty to an ABH charge on the basis of excessive self-defence.

Denying a breach of Code, the Gazette said it had accurately reported the details of Purcell’s conviction, as set out in the police’s original press release, adding it said that it had no reason to doubt the accuracy of an official release from such a trusted source.

In light of the outcome of the police’s investigation into the press release, and upon receipt of the information provided by Purcell during the course of IPSO’s investigation, the paper offered to replace the online story with a new version and publish a clarification in print.

IPSO found relying on the contents of a police press release which had been issued following Purcell’s conviction did not represent a failure to rake care of the article’s accuracy.