A weekly newspaper is set to back its patch’s bid to be UK City of Culture on its front page every week until December 2021.

The Medway Messenger has revealed its support for the bid by Medway – which is made up of the Kent towns of Chatham, Gillingham, Rainham, Rochester and Strood.

Medway is aiming to win the title for 2025, while Bradford has also officially confirmed it will compete for the honour.

The Messenger revealed its backing for the bid on the front page of last week’s edition, pictured below, and will carry the bid’s logo on its masthead for the duration of the bidding process which lasts until the end of 2021. 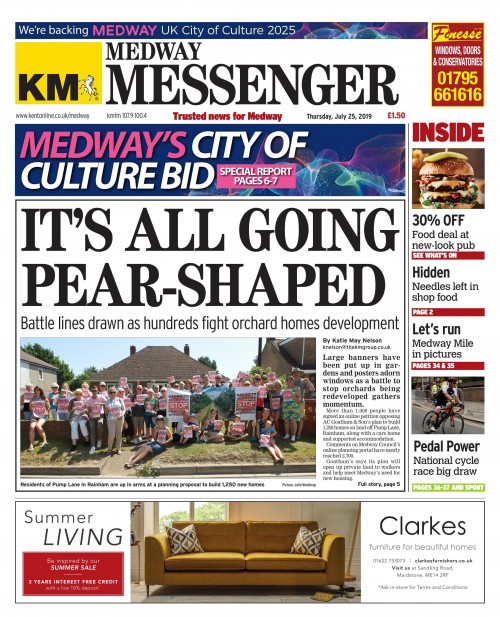 Editor Matt Ramsden told HTFP: “We’re delighted to officially support the bid. We’re really proud to be Medway’s paper and will always do whatever we can to promote the area.

“If Medway was to win, it would be absolutely game changing for residents and businesses.

“We’ll carry the bid logo on our masthead throughout the bidding process.”

The final bids will be submitted in 2021, with the winner being announced in December of that year.