A weekly newspaper has apologised to readers after splashing on a rugby training camp happening more than 200 miles away from its patch.

The Devon-based Midweek Herald has issued the apology after the front page of its Cranbrook edition erroneously reported professional rugby union side Harlequins would be holding the camp at Cranbrook Rugby Football Club.

However, no such club exists in the town and Harlequins were actually holding the event at Cranbrook RFC in Kent – 206 miles away.

The error appeared on the front of the Herald’s 14 August issue, and last week an apology appeared in the paper, which is based in nearby Clyst Honiton. 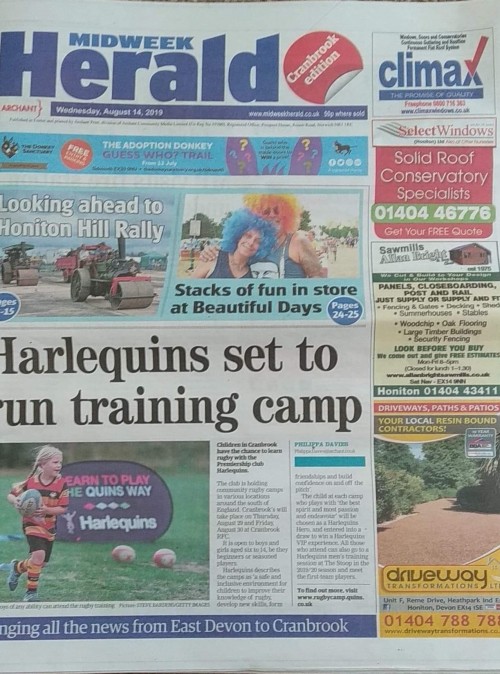 The correction and apology reads: “In the Cranbrook edition of the Midweek Herald, we ran a front page story under the headline ‘Harlequins to run training camp’.

“We apologise for the error, which falls well below the standards we expect of ourselves. We are happy to set the record straight.”