A weekly newspaper has received a royal visit as part of its 150th anniversary celebrations.

Prince Edward greeted staff at the Maidenhead Advertiser’s Bell Street office, where he unveiled a plaque and cut a cake to mark the occasion.

The Earl of Wessex was presented with the first ever edition of the Advertiser’s Baylis Media sister title the Windsor and Eton Express, from 1812, during his visit on Thursday.

He also received a photograph of his wife Sophie, Countess of Wessex, and daughter Lady Louise Windsor, which was taken by Advertiser and Express photographer Ian Longthorne. 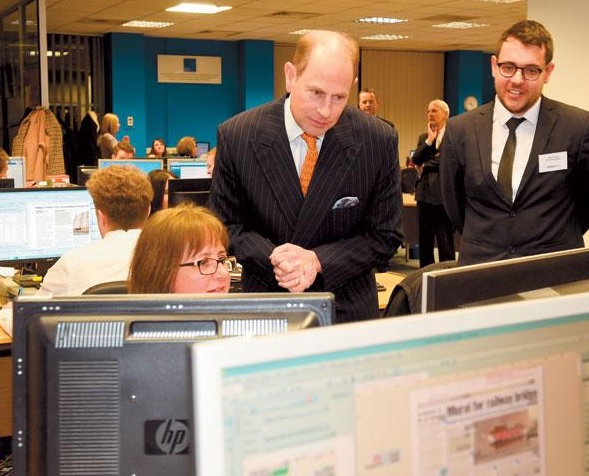 Prince Edward during his visit

The Earl said during his visit: “The important thing about local newspapers is that they are much closer to their readers and their communities so you have to get it right.

“If you get it wrong, they let you know big time, so you do have to be that much more responsible.

“The local newspaper network is really important for the service it provides to the communities and holding everybody to account as well.

“Good luck with the newspaper.”