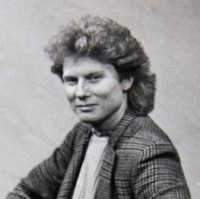 A weekly photographer who became known as a dapper dresser after an editor criticised his attire has died aged 59.

Tributes have been paid to Paul Morris, pictured, who worked for titles including the Wiltshire Gazette & Herald, Devizes News and Salisbury Times.

Paul became a press photographer after rejecting a career in forestry, but was criticised by his first editor after turning up in jeans on his first day.

The criticism prompted him to switch to what became his trademark look, which saw him sport a waistcoat and bow tie while working.

His friend Hamish Atkinson told Newsquest’s This Is Wiltshire website: “Paul’s trademark look arose after his first editor criticised him turning up in jeans on his first day, so he thought he would show him and visited the gentleman’s outfitters.”

Former News reporter Lewis Cowen added: “When I first began on the Devizes News in 1990 the editor of the Avon Advertiser, which ran the little free paper, introduced me to Paul Morris by saying: ‘He’s a bit of a hippie but he takes nice snaps.’

“An understatement, I discovered when I saw the quality of pictures that Paul delivered time after time, some of the best news photos I have ever seen.

“Paul became a close friend, then and later, when we both joined the staff of the Gazette and Herald. He was a joy to work with.”

Gazette & Herald colleagues have also paid tribute.  Former editor Gary Lawrence said: “Paul spent many years in and around Devizes taking photographs for the Gazette and the Devizes News so he was very well-known and liked.

“It was impossible to walk through the Market Place alongside him without at least two people coming to say hello. He loved the town and its people and was never happier than when he was out with his camera at an event.”

Former chief photographer Diane Vose added: “Paul was a real fun character to work alongside at the Gazette, a very experienced press photographer who was so skilled at capturing a story in an image.

“Paul was particularly great at photographing children and getting the best out of their personalities, they would greet him with a big smile and loved his quirky dress sense of bow tie, waistcoat and tweed jacket.”

Paul, who was brought up in Devizes and known to many as Mini, died on 3 October.  He is survived by parents David and Patricia, as well as his sons Ben and Jack.

A funeral service will be held at St Peter’s Church, in Devizes, but a date is yet to be fixed.