A weekly newspaper’s office has shut after its owner deemed there was “no longer a requirement” to have a headquarters in the town where it was based.

Newsquest has confirmed the Peeblesshire News has moved out of its base on High Street, in Peebles, with staff being relocated to the offices of the Border Telegraph.

The Telegraph is run from Galashiels, around 18 miles away from Peebles.

Newsquest says the Peebles office, pictured, which was above a branch of the Bank of Scotland, was only being used once a week on average. 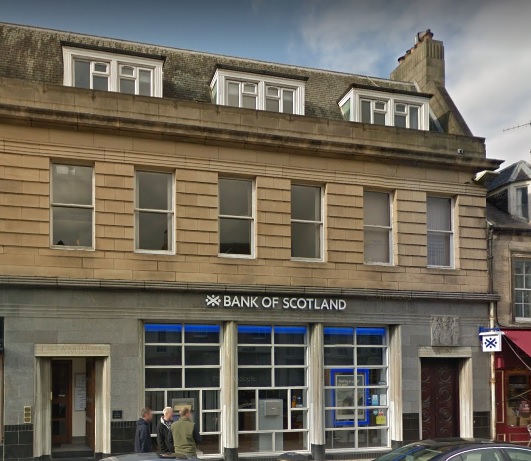 However the company has confirmed reporters will continue to work remotely in Peeblesshire following the move.

A Newsquest spokesman said: “Following a review, it was apparent that there was no longer a requirement to have a base in Peeblesshire.

“It was only being utilised on average one day a week as all other staff were based out of the Galashiels office.

“However, we will continue to have a presence in Peeblesshire with reporters working remotely in the town to ensure our readers are provided with the best possible news and information service.”