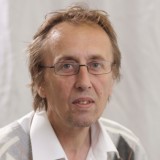 Journalists at a weekly newspaper series have spoken of their “profound sense of shock” after their editor died aged 61 following a fall in a pub.

Tributes have been paid to Stuart Nuttall, left, who had served as editor of South Hams Newspapers for the past two years and was deputy editor for seven years prior to that.

It is understood Stuart, who oversaw eight weekly titles,  slipped and fell down some stairs at the Regal Club, in Kingsbridge, Devon, on Easter Saturday.

He was taken to Plymouth’s Derriford Hospital by air ambulance the same night, but died as a result of his injuries on Saturday 11 May.

Sports editor Tim Leigh,  who has now taken over Stuart’s former duties on an interim basis, spoke of the sense of shock at the paper at his loss.

He said: “Stuart was a valued and respected leader of the editorial team and a man who had a true passion for journalism, always hunting out the stories and dedicated to standing up for those who needed help the most. There is a profound sense of shock here at the paper and he will be much missed.”

Born in Accrington, Lancashire, Stuart went to secondary school and university in Bristol.

He was manager of a betting office in his 20s before deciding to switch to a career in journalism, joining  the Wiltshire and Gloucestershire Standard in 1990 as a reporter before moving onto the subs desk.

From there he moved to become deputy chief sub-editor at the Slough and Windsor Observer, where he stayed for four years, before becoming design sub-editor at the Exeter Express & Echo in 1997, helping it win South West Daily Newspaper of the Year in 2009,

“At the same time, Stu cared passionately about those less fortunate than himself and relished the opportunity his role gave him to shine a light on injustice and hypocrisy – during the MPs’ expenses scandal, it was Stu who pored over the expenses claims published by parliament and discovered an Old Etonian Devon MP had ‘inadvertently’ submitted the same heating bill twice, while he did more than anyone to expose the shenanigans which pushed Exeter City [Football Club] to the edge of extinction in 2003.

“While it’s a decade now since myself and Stuart worked together at the Echo, we’ve kept in touch and news of his death, at the age of just 61, has come as a huge shock – those who knew Stu have lost a good friend, while the industry has lost a committed and conscientious journalist.”

Stuart joined Tindle-owned South Hams Newspapers in 2010 and took over as editor in 2017.

Jackie Smith, managing director at Tindle Newspapers South Hams and Devon, said: “Stuart’s tenacity on the trail of a good story was legendary.

“News was his obsession and he had an immense commitment to producing good newspapers. His absence will be strongly felt.”

Stuart is survived by wife Lydia and daughter Sue, as well as his grandchildren.

Said Sue: “I’d do anything to hear his voice and just have a laugh and banter with him about the football – I’m a Bristol City fan and he was [Bristol] Rovers all the way.

“I’ll miss joining him for a 10-mile hike to the pub, with me running to keep up with his walking pace, or being with him sitting on the beach watching his grandkids play.”

His funeral will be held at Torquay Crematorium at 2pm on Friday 31 May, followed by a 4pm wake at the Regal Club.