A weekly newspaper has launched a new free magazine which will be distributed to thousands of businesses across its patch.

The Hereford Times has published the first edition of Hereford Business Times which will be delivered to designated businesses and business organisations throughout the county.

The 80-page magazine, pictured below, is being produced from within existing staff resources at the Newsquest-owned title

It  will have an initial print run of 4,000 print and will be published three times a year. 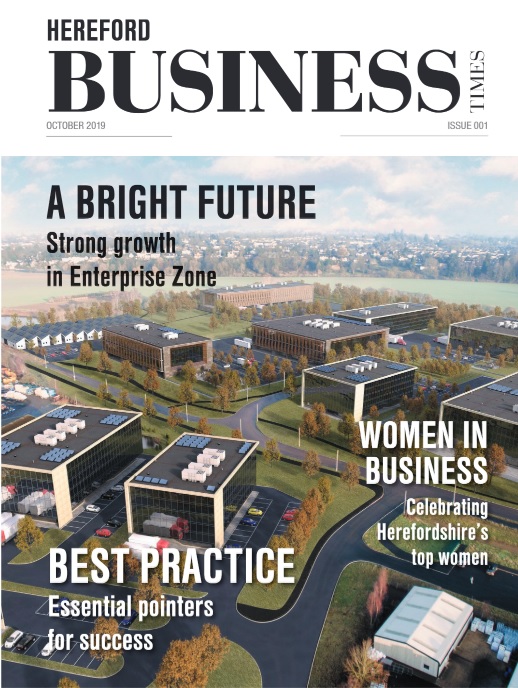 Welcoming readers to the first issue, editor John Wilson said the aim of the title was to celebrate enterprise, champion the organisations that drive the local economy, and showcase excellence and achievement.

Said John: “We do not read often enough about the contribution of local businesses to our community. We plan to put that right.”

The first edition includes features on Herefordshire Council blueprint for the county’s infrastructure and a section devoted to agri-business.

The magazine will also aim to showcase women in business, with the first issue focusing on how six “inspirational” women have tackled a variety of challenges to become successful role models.

Added John: “This 80-page magazine is packed with news, profiles and useful information compiled by professional journalists from the Hereford Times and guest contributors.

“It is a high-quality platform for advertising that benefits from the long-established and trusted distribution network used by the Hereford Times and its sister publications.

“As you would expect of a magazine produced by the Hereford Times team, news is high on our agenda. We will be covering all the biggest business stories, with an emphasis firmly on the positive.

“We are so excited about this venture. It’s great to have you with us!”