A weekly newspaper has launched a bid to get its patch “talking rubbish” as it aims to tackle a litter problem.

The Hunts Post has started its ‘Let’s Talk Rubbish’ campaign after being inspired by people in the Huntingdonshire area who have been collecting rubbish in their spare time.

The Post hopes readers will follow the volunteers example, and has set a target of collecting 1,000 bags of rubbish across its patch.

Readers are being asked to let the Post know how they have been helping the campaign, which was launched on its front page last week. 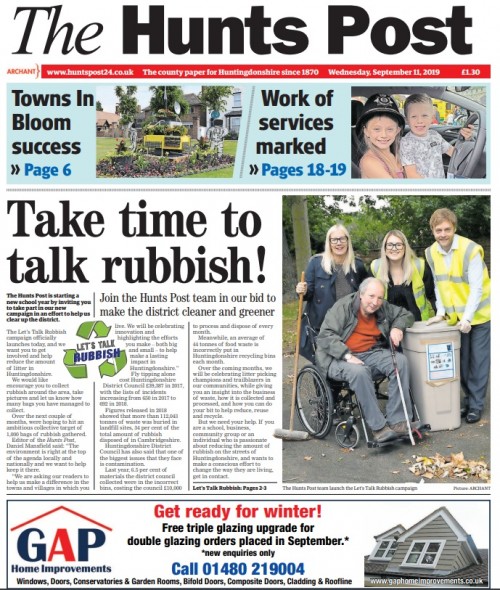 So far businesses, schools and community groups have all pledged to get involved.

In a message to readers, editor Daniel Mansfield said: “The environment is right at the top of the agenda locally and nationally and we want to help keep it there.

“We are asking our readers to help us make a difference in the towns and villages in which you live.

“We will be celebrating innovation and highlighting the efforts you make – both big and small – to help make a lasting impact in Huntingdonshire.”