A weekly newspaper has launched a new regular video series aimed at children in a bid to combat the perceived increase in “fake news”.

The Herts Advertiser has begun producing the fortnightly News Hound video, which will explain a selection of St Albans and Harpenden news stories in a digestible format for children.

The videos, which will appear on the Advertiser’s website, are designed to engage youngsters in local news and inform them about the area where they live.

The first episode was produced by two reporters – Franki Berry, who presented the video, and Laura Bill, who directed it. The News Hound logo was designed by chief reporter Anne Suslak. 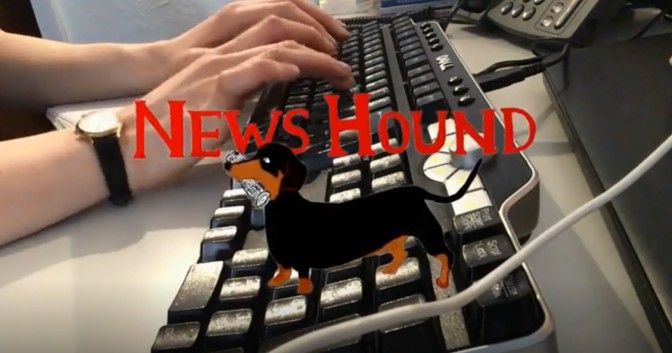 Franki told the Advertiser: “We had a lot of fun making this episode, and we hope people will have fun watching it too.

“Against a rising distrust in the media, and a perceived increase in ‘fake news’, this will hopefully help children to engage in a bedrock of local democracy – local news.”

In the future, it is hoped News Hound could feature snippets of submitted content from “keen, budding reporters of the future”.

The Advertiser is also welcoming footage from children who would like to film themselves talking about a topic that interests them for inclusion in the series.