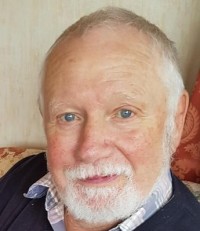 An editor whose career spanned 60 years and was a “master of his craft” has died aged 86.

Tributes have been paid to Alan Whalley, pictured, who edited the weekly St Helens Star from the mid-1970s until 1992.

After stepping down from the editor’s chair, Alan continued to write his award-winning ‘Whalley’s World’ column for the newspaper until his retirement in 2009.

Frank Martin, a former deputy editor of the Star, described Alan as “a mentor and a mate to me for more than 40 years”.

He told the paper: “I was privileged and proud to work alongside him for around 30 of those years and witness a master of his craft at first hand.

“His award-winning Whalley’s World column was eagerly anticipated and readily devoured by thousands of readers, not only in St Helens, but worldwide with ex pats from America to New Zealand, keen to retain links with their hometown, lapping up tales of the town’s colourful characters past and present penned by its finest storyteller.

“I will personally be forever grateful for the positive influence he had on my own career in journalism and the unstinting support and friendship he offered me over the years.

“My thoughts are with his beloved family and his many, many other friends during this sad time.”

Alan’s career began as a 15-year-old cub reporter back in 1948 with the former St Helens Newspaper and Advertiser.

He went on to work at the Warrington Guardian as a sportswriter and district reporter at Newton-le- Willows, before joining the Post and Chronicle in Wigan.

He moved on to the St Helens Reporter as assistant editor, before becoming a sub-editor with the Daily Telegraph in Manchester.

He joined the Star in 1973, shortly after its launch, where he began writing Whalley’s World before taking on the paper’s editorship.

Steve Leary, who succeeded Alan as editor, said: “He took over as editor and transformed the Star into a superb award-winning local newspaper, hand-picking a superb supporting cast of local journalists including Frank Martin and Rod Winstanley.

“But Whalley’s World was the cornerstone of the paper in those formative years. Alan regaled his army of regular readers with enjoyable tales of St Helens ancient and modern.

“When I took over as editor, I had Alan to thank for moulding my own career. When I joined the Star I could write, but Alan taught me how to communicate.

“He always said: ‘Don’t bother with fancy frills. Just tell the story like you are chatting to someone in the pub or in the street’. Not bad advice from a master of the craft.”

Alan died on 3 October after a battle with pneumonia, surrounded by wife Sandra, daughter Robyn and son Lincoln.

Sandra, 67, said: “In our younger days, it didn’t seem as though we could go anywhere without someone knowing him. He was so well loved about town.

“He was a wonderful, romantic man, with a sharp mind. He loved to be out meeting and talking to people.

“He was also very brave. He’d had his health problems, including an horrific fall in which he injured his face a decade ago. But he showed such courage and character to get on with life.”

Robyn, 45, added: “He was a magnetic personality, someone who would hold court in a room. He was a real people’s person, with charisma – people were drawn to him.

“He was also an incredibly loving and giving dad and granddad– with a fantastic sense of humour.”

Alan’s funeral will take place at St David’s Church, Carr Mill, at 11.30am on Tuesday 22 October followed by a service at St Helens Crematorium at 1pm.