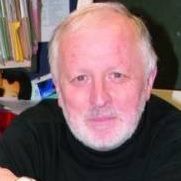 A weekly newspaper editor who later successfully campaigned to restore a record-breaking yacht has died a week before he was due to celebrate his 72nd birthday.

Tributes have been paid to Paul Gelder, who edited the West Sussex Gazette and later spent a decade in charge of Yachting Monthly magazine.

Paul, pictured, edited the Arundel-based Gazette between 1986 and 1989.

He had previously worked on the Barnet Press, for which his father Bill had been a theatre critic.

Gary Shipton, Paul’s successor as editor of the Gazette, said: “Paul was a man of great humour and gentle determination – who rightly always strove for journalistic perfection.

“Way ahead of his time, he used the WSG to campaign on environmental issues with a foresight and perceptiveness that puts the rest of the industry to shame.”

He edited the publication between 2002 and 2012, and successfully campaigned for Gipsy Moth IV, the yacht in which Sir Francis Chichester sailed solo round the world, to be restored to seagoing condition.

He told the paper: “He was an excellent chief sub-editor of the Observer for 18 months from 1984 and I was delighted to appoint him as editor of the West Sussex Gazette in June 1986.

“He was always meticulous in what he did and totally reliable. During his years in charge of the West Sussex Gazette he edited the paper with skill, integrity and ability, and his commitment to his readers could not be faulted.”

Steve Payne, who is now Digital Editor of the Gazette and all of its JPIMedia sister titles in Sussex, added: “The main memory I have of Paul is that he was a very professional journalist who always seemed calm even under pressure.

“He was dedicated to getting the best possible paper out each week and had a great rapport with his colleagues and the readers. My thoughts are with his family and friends.”

Paul, who died on 13 February, is survived by his wife Anne and daughter Laura, who is also a journalist.

His funeral will be held at the Oakes Crematorium, Havant, at 1pm on 18 March.