A weekly newspaper has celebrated its 150th anniversary with a special edition and the launch of a commemorative beer.

The Maidenhead Advertiser has marked the occasion with the special, which features a supplement on the history of the paper inside.

The edition also looks back at some of the Advertiser’s best front pages from the last 150 years and key events in the paper’s history.

It further features interviews with former employees and a look back at some of its campaigns. 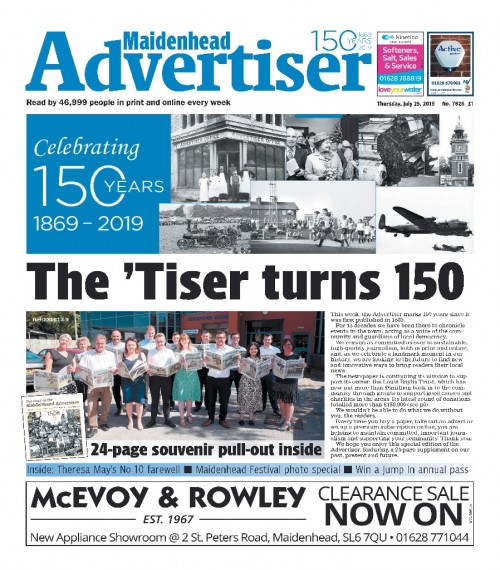 The front page of the special edition

The special was brought out yesterday, when the Advertiser’s anniversary beer was also poured for the first time.

The special edition pale ale, made by Maidenhead’s New Wharf Brewing Co, is on sale at the Maidenhead Beer Festival, which runs until Saturday.

The 4.3pc beer is made with Citra and Nelson Sauvin hops and comes in bottles sporting the Advertiser logo.

Plans are in place to produce 60 cases of the anniversary ale, although it will not go on general sale. 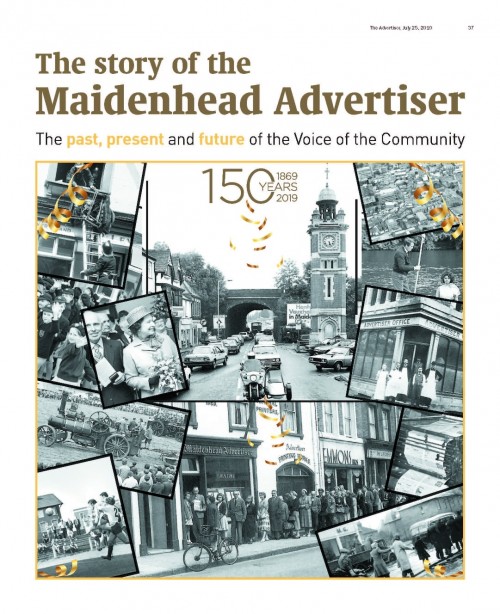 The supplement appeared inside the paper