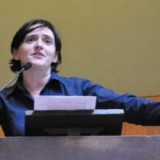 The press watchdog has rapped a regional newspaper after it wrongly reported as fact that a “notorious Nazi” had been offered a leadership role within a far-right political party.

The Independent Press Standards Organisation has found in favour of the For Britain party after it complained about a story carried in Belfast’s Sunday Life newspaper.

HTFP reported last week how IPSO had ruled that the Northern Echo was justified in describing For Britain as a “far-right” movement following a complaint by the party about the Darlington-based daily’s use of the term.

For Britain also complained about the use of the term by Sunday Life, but IPSO again found in the newspaper’s favour on this point.

However, the watchdog upheld the complaint after concluding the paper had failed to take care over the accuracy of another element of the story.

Sunday Life had reported that a man it described as Northern Ireland’s “most notorious Nazi” had rejected an offer to lead a For Britain “cell”, after he had been approached by party activists.

In its complaint under Clause 1 (Accuracy) and Clause 12 (Discrimination) of the Editors’ Code of Practice, For Britain expressed general concern that the article was motivated by political bias and written with the intention to draw an unfounded association between the party and an individual who it said was known for their “racist, Nazi-sympathetic views”, which it claimed was not in line with its tolerant ethos.

The party denied that a group of For Britain activists, or any official representative of the party, had offered the individual described in the article as a “notorious Nazi” any role within the party, or that it had made any contact with this individual.

It believed there was a failure to distinguish between comment, conjecture and fact on this point, and further claimed the use of the term “cell” was misleading because it suggested that For Britain was an illicit organisation rather than a legitimate political party.

For Britain said Sunday Life did not contact it prior to publication, and added that it believed a reference to its leader Anne-Marie Waters, pictured, as a “lesbian” was not genuinely relevant to the story

Denying a breach of Code, Sunday Life said that its reporter had been informed by reliable sources that the individual described in the article as a “notorious Nazi” had told people that he had rejected approaches from For Britain activists regarding becoming a “cell” leader, adding that this individual had also made this claim directly to one of its sources.

The paper said its reporter attempted to contact the party for comment once he became aware of this information, but he was not able to locate a telephone number on For Britain’s website and sent an email to the incorrect address in error.

It offered to interview a representative of the For Britain Movement’s new Northern Ireland branch with a view to publication, and also to publish a clarification stating the man was not approached by anyone within For Britain who had the authority to make such an offer.

IPSO found there was clearly dispute over whether it was accurate to state that people identifying themselves with For Britain had been in contact with the individual, but added Sunday Life did not appear to have taken any steps to verify the affiliation to For Britain of the individuals alleged to have approached him.

The Committee said presenting this information as fact, in these circumstances, represented a failure to take care over the accuracy of the article.

However, IPSO found that Sunday Life had been justified in using the term “far-right” in the story, and that the sexuality of For Britain leader Anne-Marie Waters had been included as a relevant biographical detail, and was not prejudicial or pejorative.