Up to four jobs could be lost as part of a Newsquest restructure affecting the company’s operations in two neighbouring counties.

The regional publisher has confirmed three roles are at risk in Oxfordshire, where its portfolio includes daily title the Oxford Mail.

The roles at risk are picture editor, feature writer and a senior distribution post.

HTFP understands that, if implemented, the changes will mean there would be no picture desk staff left at Oxford.

The company has also confirmed that, following a review of its Berkshire editorial department, a sports editor role has been made redundant.

And in a separate move, it has been revealed that the Slough Observer’s office in Windsor Road in the town, which the paper had occupied since 2014, has now closed, with operations moving to High Wycombe. 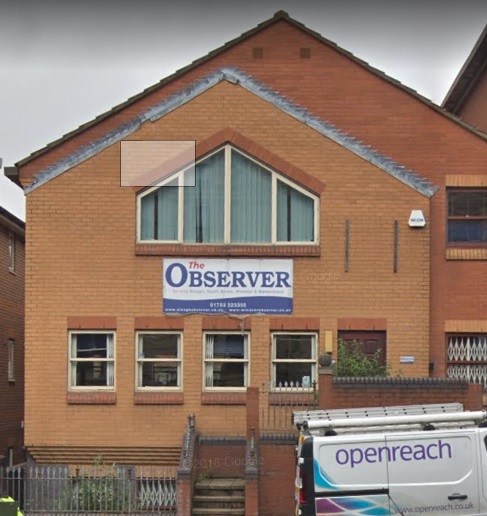 The Slough Observer office in Windsor Road, Slough which has now closed.

A Newsquest spokesman said: “A review of the Oxfordshire business, if implemented, would lead to a loss of the picture editor, a feature writer and a senior distribution post.

“Following a review of the Berkshire editorial department, this did sadly result in the loss of the sport editor role. Whilst this is regrettable, it means we can continue to invest in frontline reporters which are central to the continued success of our local news brands.

“Separately, six months ago, it was clear our Slough Observer office was not fit for purpose and our management operations moved to High Wycombe.

“However we continue to retain a presence with reporters working remotely in the town to ensure our readers continue to be provided with the best possible news and information service.”

The latest announcement comes after it was reported last month that the company was set to make up to seven editorial roles redundant in Brighton, South London and North Wales.