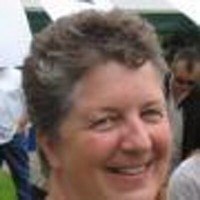 A university has devised a new tool aimed at helping journalists searching through the official Parliamentary record, Hansard.

The University of Huddersfield has come up with the new ‘Hansard at Huddersfield’ website for those looking through transcripts of parliamentary debates.

Hansard itself provides the means to search its records by date, sitting, debate and members who spoke – but does not help users to find out how often, or when, a particular topic has been debated across a period of time.

The Huddersfield site uses word searches and semantic searches to provide that facility so that journalists and others can seek out thematically those parts of the official record that they are interested in.

Professor of linguistics Lesley Jeffries, who led the project, said: “Recently, I heard a government minister talking on the radio about ‘appeasement’ in relation to a contemporary news story. When challenged on this by the interviewer, as being a word associated with World War II, he said ‘words mean whatever you want them to mean’, quoting Humpty Dumpty, and that was the challenge dismissed.

“After shouting at the radio, I turned immediately to our Hansard site and looked to see when and how the word had been used across the historical period.”

A search using the tool subsequently showed a huge spike in the use of the term “appeasement” in Westminster during the late 1930s.

Professor Jeffries, pictured, added: “If I were a journalist wanting to follow up on this story, I could then have clicked through to a list of all the times the word was used, with options to display by speaker, timeline, relevance etc. The site has other options for searching and display, but the best plan is for people to ‘play’ with it and see what it will do for them.

“The site is free to use, and there is no registration required. The findings can be downloaded and used freely, but we do ask to be informed when published work includes information derived through our site which should also be acknowledged in the work concerned.”

The site can be found here.