Three journalism students scooped the national and regional press to report a former international footballer’s drink-driving conviction – earning money for their work in the process.

Ffion Lewis, a post-graduate student at Cardiff University’s School of Journalism, Media and Culture (JOMEC), was the only reporter attending Cardiff Magistrates Court on Tuesday when the case of Craig Bellamy came up.

Former Welsh international Bellamy, who now works as a pundit for Sky Sports, was disqualified from driving for 18 months after pleading guilty to the offence.

Ffion’s classmates John Cooper and Yusuf Khan then took photographs and video footage of Bellamy outside court, with Lydia Stephens, news editor at the university’s student newspaper The Cardiffian, co-ordinating the story from the newsroom. 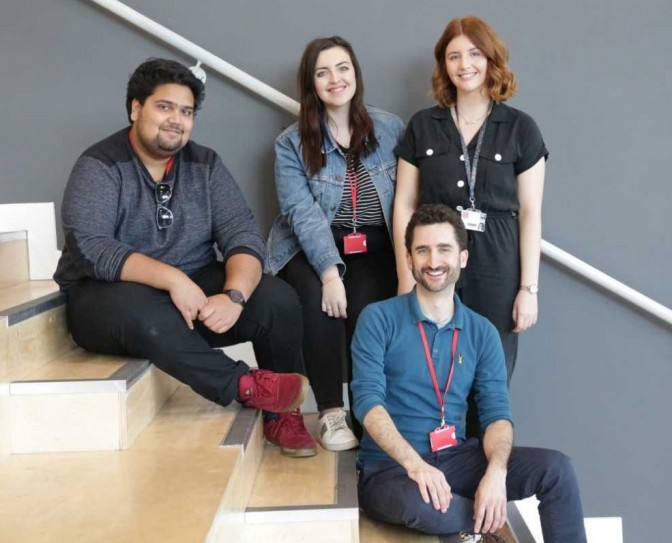 A syndication deal was then struck with Media Wales, owned by Reach plc, and the story was subsequently covered by the BBC, Daily Mirror, Daily Mail, The Sun and Sky Sports among others.

Gavin Allen, digital journalism lecturer at Cardiff University, told HTFP: “The sharpness with which the team switched on to the scoop was brilliant to watch. They got the full buzz of breaking a proper story and they loved it.

“They were very professional about it though. The team knew the value of having photos and video to go with the copy, so that they could maximise the story across all digital platforms.

“They were savvy about how to monetise the content from a business perspective and had several options to do that. In the end, the team chose to break it with Media Wales because we have a great relationship with them. Their office is literally across the street from our newsroom.

“It’s testament to the training the students have received here at JOMEC that they were so well prepared and capable of hitting the bullseye with a story of national scale when they carved out the chance.

“The end result for them was still bylines and credits across the national media and major local titles, which is tremendous for their CVs and cuttings files as they prepare to leave us and find jobs in the industry.”