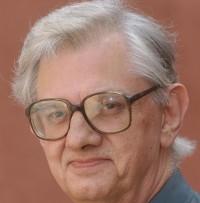 A sports journalist described as a regional daily’s “unsung hero” and known for his snooker coverage has died aged 77.

Tributes have been paid to Hugh MacDougall, pictured, who worked as a journalist for 47 years – 29 of them with York daily The Press.

In recent times he became well-known as The Press’s snooker correspondent, covering the UK Championship at York’s Barbican Centre.

Dundee-born Hugh, who retired in October 2006, died on 13 October after a battle with cancer.

Former Press sports editor Martin Jarred said: “Hugh, a proud Scot, was a conscientious unsung hero of the sports desk for 29 years. A stickler for accuracy, he was our results man and together with Tom O’Ryan he took care of the daily racing pages.

“He always provided a fund of great stories from the UK Snooker Championships at the Barbican and the city’s annual table tennis championships. Outside work he had a great interest in Scottish history and had an amazing collection of antiquarian books.”

Martin added that on his last visit to see Hugh at the care home in Stamford Bridge where he passed away, a member of staff described him as a “gentleman”.

He said: “It is an accurate description of which Hugh would have been proud.”

Hugh’s career began as a junior reporter at the Isle of Ely and Wisbech Advertiser back in 1959.

He also worked at the Peterborough Evening Telegraph, Edinburgh Evening News and Darlington Evening Despatch, before joining The Press, then the Yorkshire Evening Press, in 1977.

Former Press editor David Nicholson said: “It was a privilege to have someone as good as Hugh working on the Press team. His attention to detail was second to none and his wide-ranging knowledge – over and above his sporting know-how – was a real asset to the newspaper.

“As a music lover, I was intrigued to hear from Hugh about his time in Paris when he was a close friend of the legendary chanteuse Francoise Hardy, who was later world-famous as ‘the French Marianne Faithfull’. He is referred to affectionately in at least one of her songs. He will be hugely missed.”

Hugh’s sister Ann Coleman told The Press: “He was a real bibliophile and had a fine library in his flat in Heworth. Sir Walter Scott was his literary hero.

“Other passions included pipe bands and visiting the home of the Clan MacDougall. On retirement he was a volunteer at York Treasurer’s House and also catalogued a large collection of books bequeathed to York library.

“He loved travelling both throughout Britain and in Europe. He was especially keen on Austria, and the Hapsburgs were one his many historical interests.”

Hugh’s funeral will take place at York Crematorium at 2.20pm on 31 October.